Makaton is a language programme that uses signs, symbols and speech; giving a person different options when communicating.

Makaton is the UK's leading programme for adults and children with learning or communication difficulties.

It is a language programme that combine signs, symbols and speech to give different options for people to communicate.

Makaton transforms the lives of people with communication difficulties, by giving them a way to express themselves independently. Being able to communicate eases frustration and gives people confidence and independence while they develop communication and language skills.

With Makaton, children and adults can communicate straight away using the signs and symbols. Many people then stop using the signs or symbols naturally at their own pace, as they develop speech.

Makaton is a visual way to develop communication skills, which helps stimulate sounds and words. The visual way of communicating helps language development, such as putting words together.

Watch the video, created by The Makaton Charity to find out more.

There are currently over 1 million Makaton users.

Makaton can help anyone who has difficult with:

It is also used by supporters of people with a learning disability, such as family, friends, carers, education staff and health professionals.

Makaton is also regularly used in mainstream schools, to support all children to develop communication, language and literacy skills. It supports integration as children with and without language difficulties can communicate, learn and play together more easily.

Makaton symbols are also widely used in public buildings such as schools, hospitals, courts and libraries to help people find their way around. So you may be using Makaton is your daily life without even know it!

The BBC's award-winning Something Special children's television features Mr Tumble and friends, played by Justin Fletcher. They use Makaton symbols and signs to support speech throughout each programme.

The programmes use a simple, repetitive format, making it easy to learn the Makaton symbols and signs used in each episode. Everyone is encouraged to join in using songs and games.

Take a look at the fantastic Lucinda and Nikki teaching Makaton.

Why not watch and see if you can do it too?

?Guess what??
Lucinda and Nikki are back!?‍?
This time, they are talking about an incredibly caring and vital role - nurse!?
Why not try it too and have some fun with #Makaton?#HereIAm #TreatMeWell @makatonlucinda pic.twitter.com/jpR8kyNkui

Use this guide, developed by The Makaton Charity, to help learn some Makaton signs and symbols. 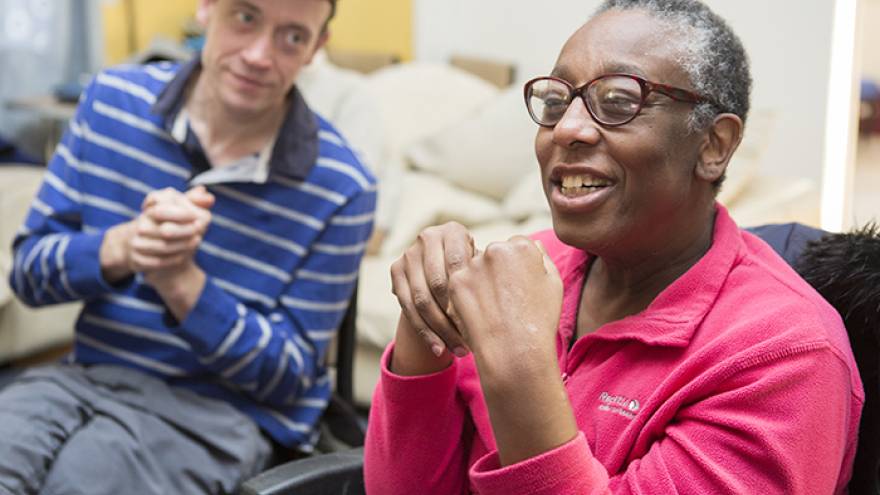 This webpage was developed with support by The Makaton Charity.

The Makaton Charity exists to ensure that everyone living with learning or communication difficulties has the tools and resources they need to understand and be understood.

The charity aims to ensure that as many people as possible have access to Makaton through:

Many people learn Makaton by attending a Makaton workshop. You can search for workshops happening in your area here.

If you prefer to learn at your own pace then Makaton Membership gives you digital access to the Makaton Library of symbols, signs, videos and activities. You can learn more about the Membership options here.

This webpage was developed with support by The Makaton Charity. The Makaton Charity exists to ensure that everyone living with learning or communication difficulties has the tools and resources they need to understand and be understood.

The charity curates and promotes the Makaton Language Programme, trains and supports the Licensed Makaton Tutor network, and provides tools to enhance the learning and usage of Makaton.