The joys of being a support worker 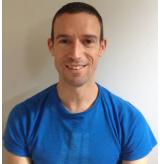 I have not always worked in the social care sector - I used to make cardboard tubes. Someone I used to work with at the tube factory seemed to need a confidence boost. When I worked with them, they worked well and got more done. When others, who were less patient, worked with them, they struggled and seemed to get upset. Without realising it, I was 'supporting' them.

This made me think if there was a career in that sort of work, so I looked online and found there were actually a lot of jobs I could do! So I applied for a role and I started working for another organisation, working in the community. Once I began my new job as a support worker I was surprised to find that not only did I enjoy my job, I excelled at it. I haven't looked back since!

I started looking to work for another organisation, I enjoyed my previous job but there was very little chance for professional growth. I used to volunteer at Mencap and Gateway in Doncaster and I met some support workers who worked for Mencap. They told me about the work they did and how they're supported and were encouraged to push themselves. I was also told about the great array of different roles available within Mencap.

I support two amazing gentlemen. One is 24 and the other is 43. They're a bit like chalk and cheese really. One's quite lively and the other's so laid back he's nearly horizontal; but it works. Both require 24 hour support, and sometimes an encouraging nudge - But who doesn't?! I also sometimes do relief work at different services.

Last September, the people I support, myself and another staff member went to Majorca. It was a big responsibility and at times quite intense, but it was amazing and so rewarding to see how much the people we support enjoyed their holiday.

The best thing about my job is seeing the people I support getting to do something they've always wanted to do, and being part of the process that made it happen.

If I had to pick a most memorable moment since working at Mencap, it would be when someone I was supporting opened up to me and told me what was upsetting him. He'd been showing challenging behaviour for a while but no one knew why. I felt so proud that he'd picked me to confide in and, because he'd told me what was upsetting him, the staff that work with him and myself could support him though it.

I think a lot of organisations that provide services overlook the fact that the staff who provide support, need support too. It might be training staff, listening, or just being there for us. I've found that Mencap have been supportive since I first started. There's never been a point where I've felt that there's no one there to support me when I've needed it.

I expressed my interest in possibly doing some work in advocacy to my service manager. Since then, she did everything she could to see this happen - I am now a sessional advocacy worker as well as a support worker; I'm loving the new challenges that it brings, as well as the great feeling of accomplishment when I’ve helped someone to make a difference in their life.

I think to become a support worker you need to be calm, positive, trustworthy, show empathy, have initiative, be able to ask for help, be able to challenge people's narrow minded views, be caring but remembering the importance of personal boundaries and the ability to take your ego out of the equation.

If someone wanted to become a support worker I would say go for it - be up for a challenge and ready for a rewarding job. If you've had an easy shift where not much as happened, chances are, you've not supported someone well. I love my job; it’s been life-changing!

The daily struggles of a learning disability nurse