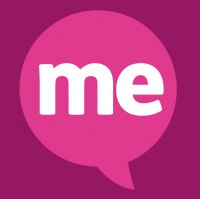 Bryony Moss is an actor, model, and disability advocate, who shares her life through her blog, Defeating Disability. Here she talks about her life since being diagnosed with a learning disability and cerebral palsy, her ambitions, and how life isn’t just about labels.

I was about six or seven when I was diagnosed with a disability. My teacher noticed I wasn’t keeping up with other people in class. I remember lots of doctor appointments and going to hospital, but at the time I didn’t grasp what was going on, I just thought it was normal.

I have always been open about having a disability, but I never felt any different because of it. But I found some people were quick to judge when I talked about it. It pushes some people away when they hear the word “disability” or “learning disability” so that was very confusing for me. I remember feeling worried and thinking I’d done something wrong, and for the first time I just started to feel different, and that I needed to change.

Kids really pick up on the differences. Like I would leave class to go to a hospital appointment or physio, and people were looking at me like “Why is Bryony going early again? There must be something going on…”

School wasn't the best for me – going into high school, I felt like I was in survival mode. There was so much pressure to fit in. I ended up having depression and other mental problems from the bullying and it was really challenging. I am still dealing with those feelings even though it happened years ago.

It also didn’t help that growing up I didn’t see people like me being represented on TV shows. That’s what made me want to get into acting. I started going to Stage Coach - which does things like performing arts, musical theatre, and acting – at the weekends as a teenager. I found performing arts really helped with my mental health and expressing my emotions.

Now I’m part of The Theatre Shed, an inclusive theatre company open to everyone and we put on shows about all kinds of things based on the experiences of the people who go along. We’ve performed things about hidden disabilities, based on things I’ve gone through for example. We even went to the Edinburgh Fringe in 2019 to perform.

In the future I’d love to be on a soap like EastEnders, or a show like Casualty. I think casting is becoming more authentic now, like I saw there was a deaf character on Casualty played by a deaf actor. I think back to when I was younger and it’s nice to see that change finally starting to come.

I also think about whether if there had been more storylines like that showing what people live with when I was at school, there might have been better understanding about disabilities and I wouldn’t have been picked on and made to feel so different.

I find sharing my experiences therapeutic. That’s why my blog, Defeating Disability, is so important to me. I started out writing it just for me, about the day I’d had and what happened, but I was getting people saying “Thank you for writing your blog, it was really helpful.” It was a surprise that people said they enjoyed reading my pieces and getting messages from them. Sharing things can help people like me going through the same things I have, or parents who have a child who has just been diagnosed with a disability. I think with my experiences, if I can just help one person, then I've done the right thing.