Lord Rix was at the heart of the Mencap movement and played a central role in many landmark moments for people with a learning disability. Read more about his life and all he achieved over the decades. 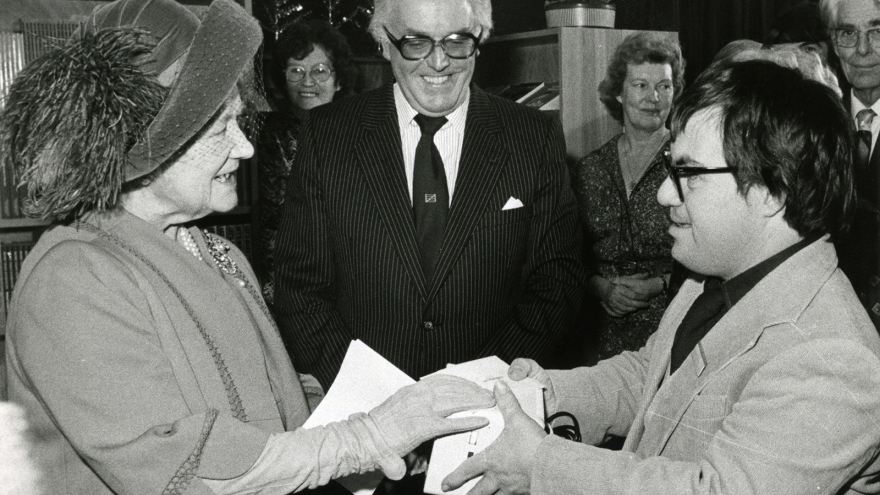 Comic actor, father and passionate campaigner for people with a learning disability: Lord Brian Rix was an extraordinary man. He brought joy to so many lives and achieved so much in his lifetime.

When his daughter was born in 1951, Brian Rix was a household name, a comic actor loved by the British public. He used this fame to raise money for Mencap, and was awarded a CBE in 1977 for his fundraising efforts. He continued to campaign on behalf of people with a learning disability and their families for the rest of his life.

Brian Rix was awarded a knighthood in 1986 and became a life peer in 1992. He was a tireless force in the House of Lords, using his position to influence critical legislation, and ensure the interests of people with a learning disability were represented.

Read more about his life and all he achieved for people with a learning disability over the decades.

Change the future by leaving a gift in your Will

When Brian Rix’s daughter was born with Down’s syndrome in 1951, doctors told him to 'put her away and forget her'.  He ignored the medical advice.

Instead he fought alongside Mencap to change the future for people with a learning disability.

And so can you.

You can change the future with a gift in your Will to Mencap. Born Brian Norman Rix on 27 January 1924 in Cottingham, Yorkshire, he was the youngest of four children. Though a talented cricketer as a teenager, he followed his sister Sheila’s passion for the stage and became an actor.

Aged 18 he turned professional and after serving in the Royal Air Force during WWII, he founded his own theatre company in 1947. His first career breakthrough soon followed, starring in the play Reluctant Heroes in 1949 - where he met his future wife and fellow actor, Elspet Gray. 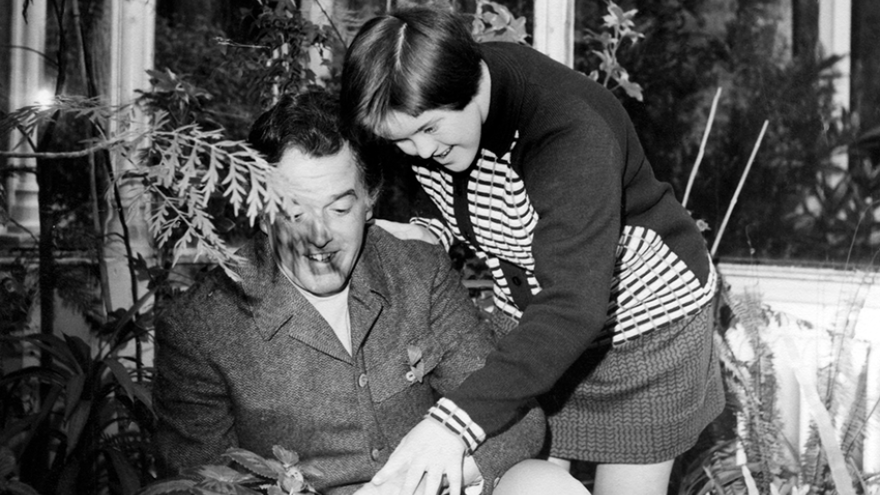 Brian Rix’s acting career continued to rise throughout the 1950s and ‘60s, and he went on to star in more than 90 of his well known ‘Whitehall farces’ for the BBC. In turn, he became a household name both in theatre and on TV through an acting career that would eventually span 30 years.

He and his wife Elspet went on to have four children together, their eldest daughter Shelley was born in 1951 and diagnosed with Down’s syndrome - in those days known as Mongolism. Little was understood of the condition at the time, and the doctor’s recommendation to the Rixes was to put her away, as she was ‘unable to be educated’. They rejected this advice, and the lack of support and appalling attitudes led him to devote so much of his life to campaigning for people with a learning disability and their families. 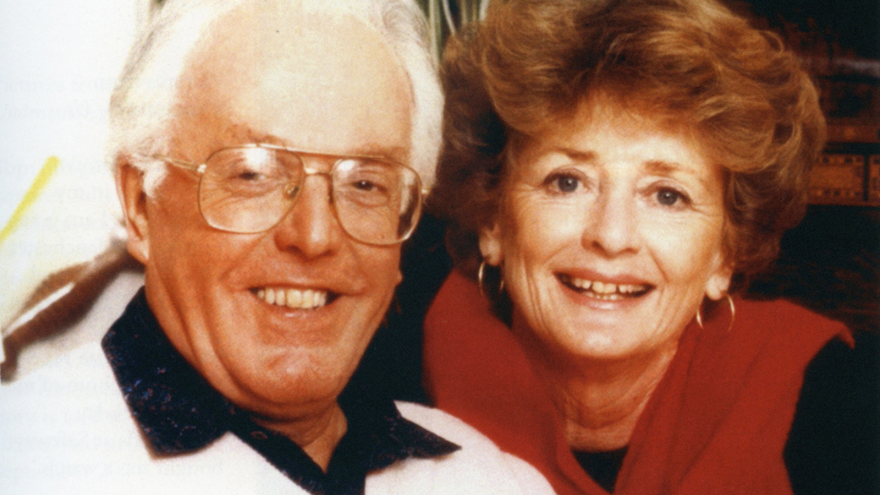 Both he and Elspet soon became involved with various charities. Among these roles, in the early '60s he became the first Chairman of the Special Functions Fundraising committee at Mencap.

In the mid '70s Brian was presenting BBC’s Let’s Go! the first ever television programme for people with a learning disability. He was working closely with Mencap staff who were distributing the programme around schools and training centres. This led him to think he could do more to raise the profile of learning disability than just through fundraising. 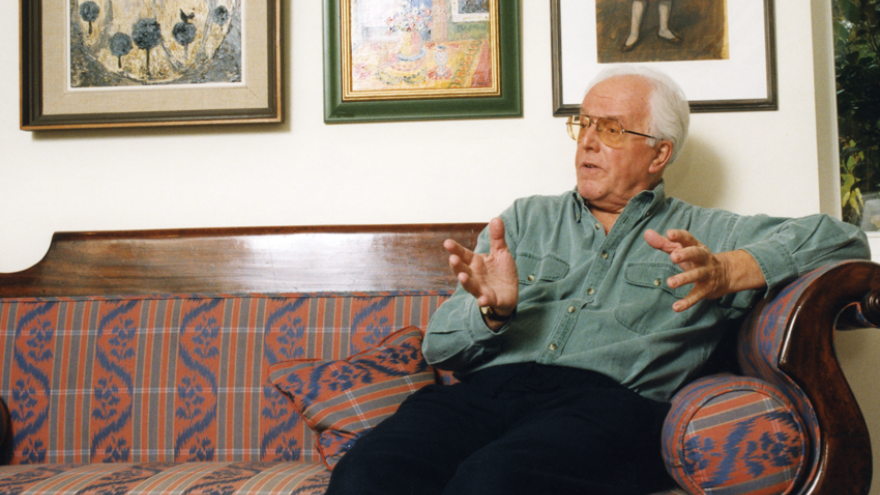 In 1980 he became secretary-general of Mencap (the equivalent of our CEO role now),and then Chairman in 1988. Brian was also chairman of the Arts Council of Great Britain’s drama panel and disability committee between 1986-1993.

Brian Rix entered the House of Lords in 1992 as an independent crossbench peer. He was for many years one of the most regular attendees in the House introducing numerous amendments to laws on with health, social care, welfare and education.

In 1998 he was made president of Mencap, it was a position he would hold until his death. 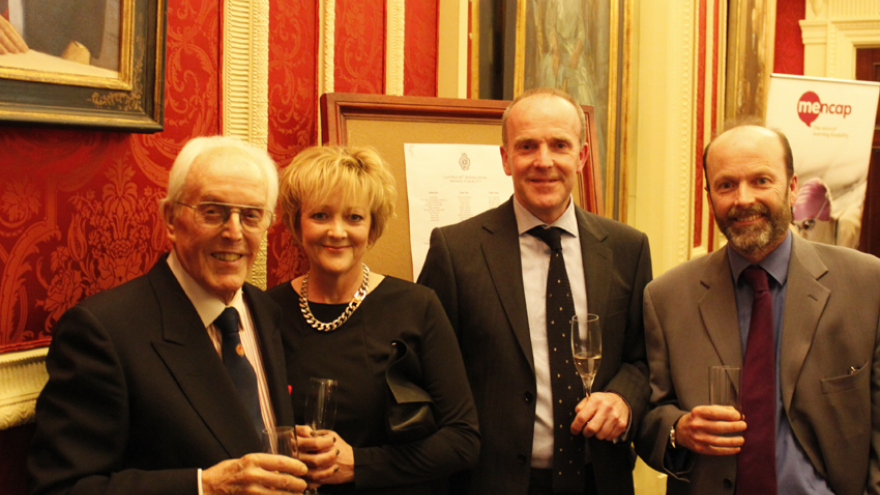 In 2005 his daughter Shelley sadly died, but despite this personal tragedy his work in the Lords continued. In 2006 short breaks for carers became law, an issue he had been lobbying on for 12 years. In the same year he introduced amendments to the Childcare Bill which extended childcare provision for disabled children from 16 to 18.

His work on the 2006 Electoral Administration Bill clarified the right of people with a learning disability to vote.

More recently he tabled amendments to the Children and Families Bill in 2014 which strengthened the law for children with special educational needs. Later in the same year he spoke passionately at the launch of Mencap’s Hear my Voice campaign which led to nearly 150 MPs pledging to listen to the voices of people with a learning disability and act accordingly.

He was a well loved and respected member of the Lords and a tireless campaigner. He has spoken close to 300 times in debates and contributed to at least 45 bills.

Friends and colleagues of Lord Brian Rix give their tributes to his life and work. The video was produced by The Rix Centre, and features Mencap staff.