“Just watching The A Word to see what all the fuss is about. So far, infidelity, deception, manipulation, financial insecurity, ego…but the smiley autistic lad who loves music is the (only) one who needs ‘fixing’???

This quote was written by an autistic adult and I couldn’t have said it better myself! Exactly what is it that needs fixing about Joe? All of Joe’s ‘problems’ are based on perspectives from others around him. Why can’t everyone see that Joe is an intelligent boy experiencing life in his own unique, happy way.

Did Joe really want to have a birthday party with all those people? It seemed more like it was his parents desire to have the party, another tactic in making Joe be social in a way that is deemed acceptable.

Autism is classed as a social deficit, but why does society believe they have a right to   determine what is socially ok for another person? Joe is not harming anybody he just simply interacts differently; Joe’s sister sums it up nicely, “he’s Joe he’s always been Joe why would we change it?”. The majority of autistic people I know simply identify as having a social difference, not a disorder or deficit.

This is the key point when thinking about autism; Autism is a different cognitive operating system resulting in different sensory processing, different social interaction and different expression. None of this is a disorder to the autistic community, but it is to the rest of the world who have a need to ‘fix’ which causes more harm.

When humans accept ‘difference’ in people their eyes will be open to understanding that person in a whole other way. It is with understanding that growth and development is enabled. The medical model of wellbeing will always look at difference as a disorder with a need to ‘fix’ it, but social and holistic models of well-being promote acceptance rather than fixing.

The first autistic person I had the pleasure of supporting in Mencap was someone in their 5o’s. This person liked to speak into their hand in a particular voice using very specific words. Mostly this was seen as silly, immature, socially unacceptable and generally not encouraged. With time I explained to the team that this was a very important part of this person and if we join in and accept it we will enter their world. And when entering their world we have an opportunity of helping them learn more. Communicate more and support them with their anxieties.

This took time as people felt self conscious about talking into their hand in a silly voice, but once they experienced the results it became easier. When anxiety rose we would simply start talking to them using this character and use the character to give instruction. Today this person has a very different life and their communication has increased in ways that no one ever expected.

Joe’s music to him is the same as the character for the person above. Noticed how Joe’s father is able to get Joe to engage with him when he sings with him and from there he is able to give an instruction to Joe?

What about the slap? How many thought that this was inappropriate or naughty? All living things will defend themselves when they feel threatened. I didn’t think he was naughty, what I saw was Joe clearly communicating that he was not interested in participating in kicking a ball, but was not being heard. Joe is not interested in group activities and forcing him is a threat.

Did you notice when Joe was being assessed and was asked to explain what was in the picture, Joe only pointed out the doors? This is an indication that Joe’s sensory processing doesn’t see the whole picture he literally probably only sees the doors and nothing else. It’s quite possible and likely that in the park Joe doesn’t even see the kids playing football; not because he doesn’t want to, but because his sensory processing doesn’t see the whole picture. This can be due to what is known as mono-channelling.

Joe clearly is capable of many things and I would argue that the times when he is wondering on the road with his music he is very aware and capable. I would also argue that when Joe has his headphones on he is able to learn more, than without them.

Joe was enjoying the party in his own way and if this had been accepted and he had been left to be, then Joe would have more chance of learning social realities then when he was forced to learn it in ways that do not support his learning style.

Society readily accepts that someone who is blind would not learn to read by written form they need alternative options that support their learning style. So why is it such a hard concept to grasp about autistic people?

Joe’s passion, connection and interest in music is the key to entering his world and when his world is entered that’s when and where communication and learning will occur. Autistic interests are not merely hobbies, they play a vital role in learning. This is based on research which identifies the brain wave activity in the autistic brain, it’s called ‘Single Attention and Associated Cognition in Autism’ (SAACA). 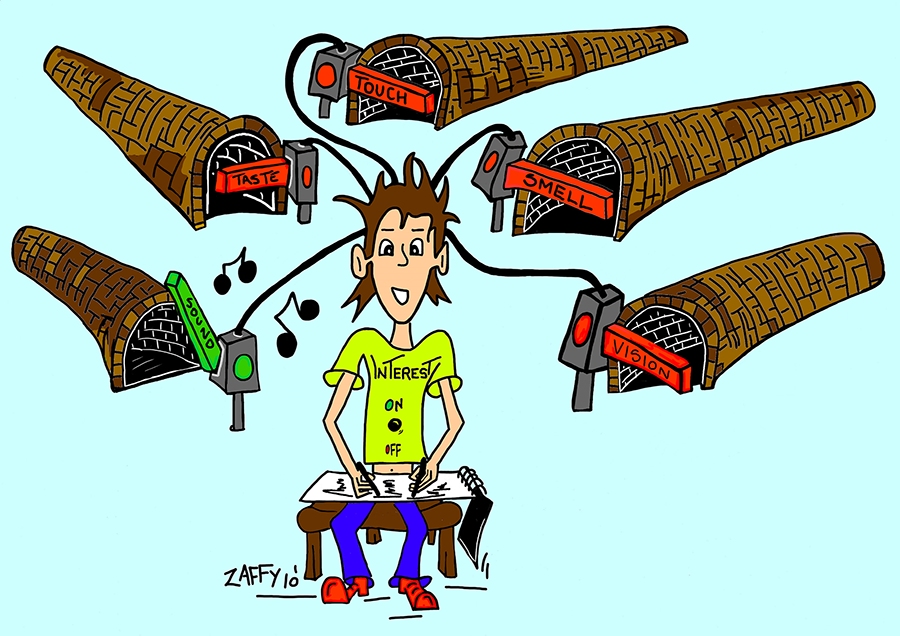 We need more people with a learning disability on our screens

The Undateables: people with a learning disability and relationships

Read more about The Undateables: people with a learning disability and relationships