Nick was just 27 years old when he was admitted to hospital – and less than a month later he died. Here, his mother, Sue, shares how concerns she voiced about a lack of adjustments were not listened to, and how that’s left her feeling today.

My son was an inspirational, vibrant, extremely brave young man. And like many others with a severe learning disability, autism and a complex health condition, he needed high levels of support. At home he got this, but in hospital – when he needed it most – he did not. 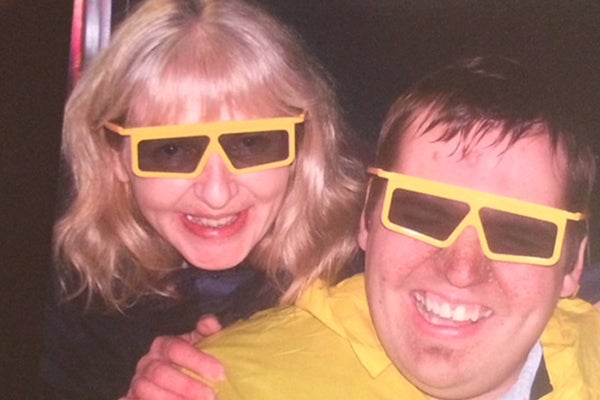 Nick had been in hospital for surgery on a ruptured kidney, and became seriously unwell shortly afterwards. During the weeks that followed, Nick’s dad and I voiced our concerns to staff about the care Nick was receiving, and the lack of adjustments being made. We asked if we could stay overnight to make sure Nick got the extra support he needed, but we were told there was no provision for this. They viewed us as a nuisance rather than accepting that we were experts in understanding Nick’s needs.

We lost Nick on 17 December 2014. He had suffered cardiac and respiratory arrest, and could not be resuscitated – a result of a mucus plug which blocked his airway. On the day he died, I noticed something was very wrong, and pleaded for hospital staff to do something – but they ignored my concerns.

The coroner’s conclusion showed what we have always believed: things could have been different for Nick if he had been given the care he needed.

Every day we wake up to the pain and realisation that we have to try and carry on without him. All we can hope for now is that in some small way Nick’s story can help prevent another person with a learning disability, and their family, from ever going through what we have.