The poster that got the public talking

People with a learning disability are largely invisible in our media, and across popular culture.

When they are included, there is still a shocking amount of lazy and negative stereotyping about what people with a learning disability are like, and are capable of.

This winter, we at Mencap have been trying to tackle that with our first public awareness campaign in years - Here I Am.

Our aim was to create a campaign to make it impossible to ignore people with a learning disability, and to do that in a way that would challenge the assumptions a lot of people don’t even know they have.

We worked with the well-known fashion photographer Rankin (who waived his normal fee, I should say) to take portraits of seven very different people with a learning disability, bringing out their unique personalities and passions, and helping us to share their stories and views on learning disability.

One image in particular that we used in outdoor advertising has prompted strong reactions and a lot of debate online.

It’s a portrait of Joe, a young man who loves sport, is passionate about music and happens to have Down’s syndrome. 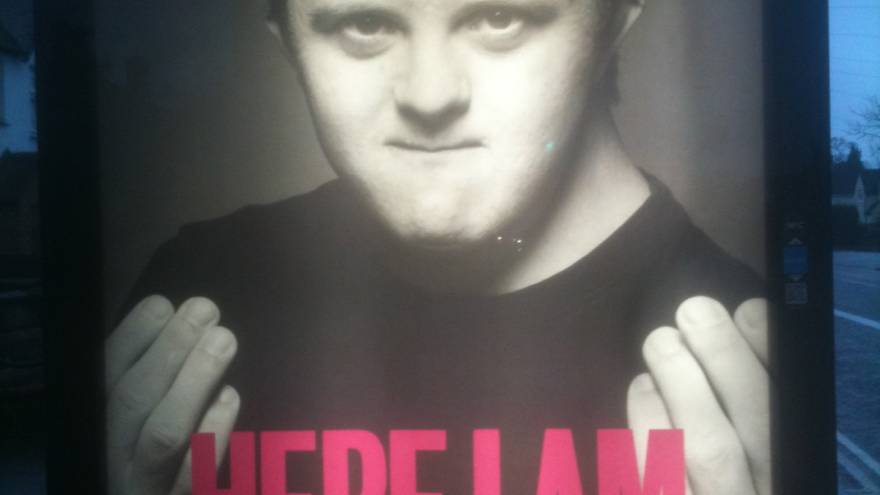 Here I Am: Joe

How people interpret images is always very personal, but the reactions - people both loving it and loathing it - have been more intense about Joe’s picture than any other, and so it started us thinking about why this one in particular is so contentious.

To me, Joe in the campaign photograph is a strong, sporty young man, brimming with confidence and owning his space.  We see it as a positive image, one that contradicts the idea that having a learning disability makes you somehow passive or childlike.

Lots of people agree with that and have been online celebrating the ad.  But others have found his stance aggressive and negative.

I think the image taps into some difficult feelings.

There seems to be a set range of things that people with a learning disability are ‘allowed’ to be in our culture, and powerful isn’t one of them.  Would the pose have caused the same offence if it had been struck by a young man without a disability?  I don’t think it would.

Why is it ok for Tom Hardy, Usain Bolt and X number of boy bands and models on billboards to channel a similar look, but not Joe?  That discomfort is part and parcel of the stereotyping we’re trying to chip away at.

Again, those fears are something we need to work together to tackle head on, so that everyone with a learning disability is free to express their personality in whatever way they want to.

While we didn’t set out to manufacture controversy, we aren’t trying to be delicate or tip-toe with this campaign.  Quite the opposite: we think we’ve been too timid in the past, and need to be bold to move conversations about learning disability out of the sidelines and into the mainstream. We’re pleased to have prompted some discussion about learning disability that has been lacking before.

People who aren’t normally part of the disability debate are seeing our campaign and getting involved, responding to the images and stories because they don’t conform to what they had previously thought about learning disability.

How our society views learning disability is a complicated and highly emotional area, and we don’t pretend to get it spot on every time.  However in this case we’re really proud of the campaign, and the strong / funny / glamorous / beautiful images that capture the people who are at the centre of it.