Richard and Bernie work for Mencap. Richard is a Project support assistant and Bernie is a People administrator. Both have a learning disability, and are involved with Mencap's running group

Richard and Bernie work for Mencap. Richard is a Project support assistant and Bernie is a People administrator. Both have a learning disability, and are involved with Mencap's running group.

Bernie: "When we heard about the Festival of athletics at the National Athletics Championship we really wanted to go. We had heard a lot about the event."

Richard: "As soon as we arrived we registered. We were given our numbers to wear and were then taken to the sports we were going to be taking part in. This was really helpful as it stopped us from getting confused about where to go. They call out your names so you know who you are supposed to be going with.

First we tried the shot put. It was a bit tricky at first as the ball is quite heavy. I thought I would try and show off a bit as my partner was there cheering me on. The official gave us a demonstration on how to throw the ball. At first, I thought "I can't do it, Richard can't do things like that." But actually I did okay. It is not bad. At least I tried and it was a bit of fun."

Bernie: "I did quite well. I was the only female in this event so I got a gold medal! I have never done the shot put before so I was quite happy with how well I did."

Richard: "I was so happy as a I won gold medals for shot put and 100 metres, as well as a silver medal for long jump. However, 100 metres was by far my favourite event. I could run straight and fast just like Usain Bolt! As soon as they told us to go and I just ran! I imagined Esther (my partner) with a frying pan and it made me run fast (laughs). I saw her cheering me on in the stands.

The official was helpful as he demonstrated that we can't start over the line as you are then disqualified."

Bernie: "Lots of people came and watched everyone at the events! We cheered other people on too. It was great to see other people competing and being so supportive of each other."

Richard: "There was also a break in between the events for a rest, which gave us a chance to chat about our jobs and meet people".

Bernie: "We were also presented with our medals by the Mayor of Watford. It felt like a real proud achievement for both of us that we got the medals."

Richard: "I would tell people to go along to this year's event and have fun and enjoy yourself. All you can do is try! But don't be competitive like me! At least you can try something. It was great to see everybody else joining in. If I do it again I want to do 100 metres, and a proper good warm up! I want to possibly do the turbo javelin." 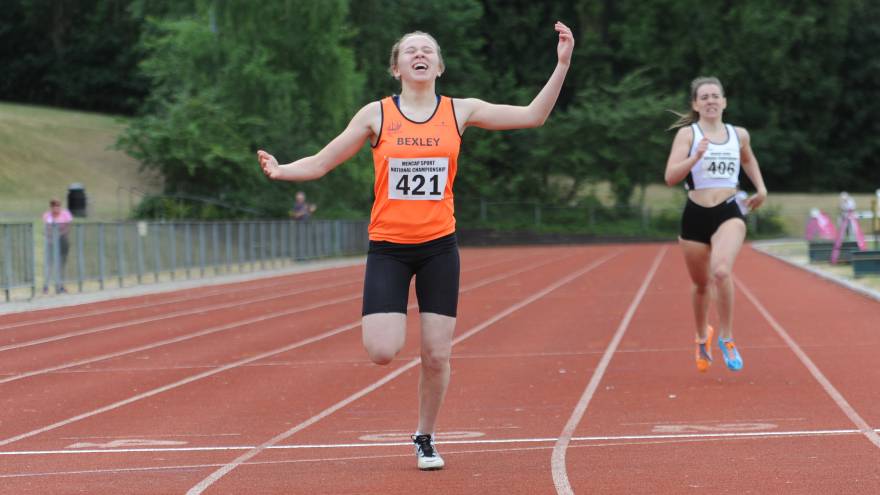 Find out more about our Festival of athletics and how you can get involved.