My time at party conferences 2016 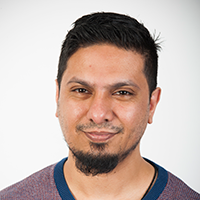 Earlier this month I spent two days at the Labour Party Conference in Liverpool with Rob Holland, Mencap’s Parliamentary Manager.

I attended as a spokesperson for Mencap and people with a learning disability.  I was there to make a difference for people’s equal rights.

Party conference is an event that all political parties have once a year. Party members and MPs come together with businesses and charities to discuss many issues including health, education, employment and the economy.

When we arrived at the Labour Party Conference, Rob and I dropped our bags at the hotel and then had lunch and at the conference hall. The first event we attended was about the United Kingdom’s plans to leave the European Union – also known as Brexit. The speakers were the MPs Chukka Umunna MP, Ed Miliband, Lisa Nandy, and Rachael Reeves.

The discussion was interesting, and the speakers talked about what the country will be look like when we leave the European Union.

I also went to the Brexit fringe event, and asked a question on easy read information and the barriers there were before the EU Referendum to understanding what staying or leaving the European Union would mean for people with a learning disability.

I then attended the Conservative Party Conference, where I went to their Brexit fringe event. I thought it was well set out and that there were good question and answers.

After this discussion, I went to an event about employment. It was very busy and I asked a question about employment for people with a learning disability and their support through the Access to Work scheme.

After this, I spoke to the Care Support Alliance to share my personal experiences using the NHS and how it has been challenging in many ways.

I also met Dr Tania Mathias MP (pictured above). I spoke to her about my work at Mencap and my experience of personal health, and how we are going to start communication training for health professionals.

10 years of Changing Places - one toilet at a time!

This year is a very special year for the Changing Places toilet campaign because today is our 10th Anniversary!
Read more about 10 years of Changing Places - one toilet at a time!

Speaking up for what we believe

Esther talks about the importance of people getting their voices heard.
Read more about Speaking up for what we believe

We lost the vote but won the argument

The vote may have been lost, but spirits are still strong and the campaigning will continue.
Read more about We lost the vote but won the argument