Find out who our celebrity supporters are and why they're helping us.

Find out more about each of our fantastic ambassadors below. 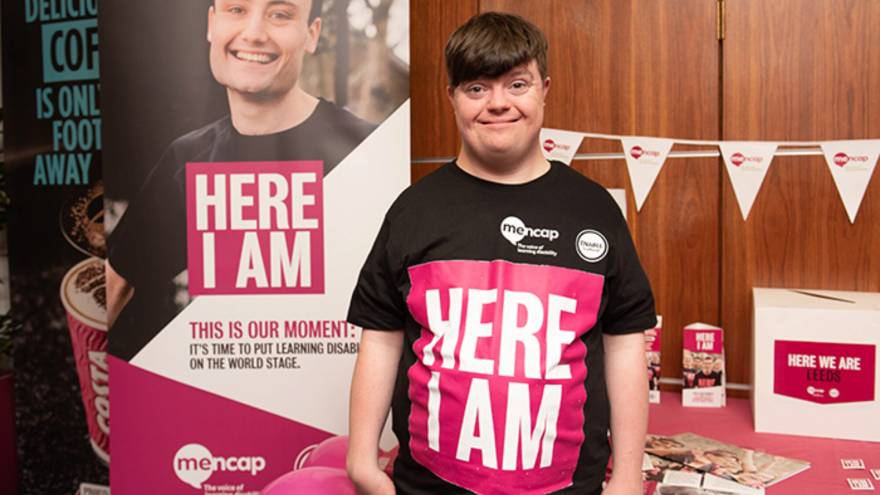 Liam is an actor who is well known from his role on Coronation Street as the brilliant Alex Warner. He is also a resident artist with Mind the Gap, where he has performed in shows such as Treasure Island.

Liam became an ambassador for Mencap in 2019, and is passionate about ensuring people with a learning disability are supported to achieve their dreams.

Liam has featured in a recent hit video on the Mencap YouTube channel where he discusses what having Down's syndrome means to him. 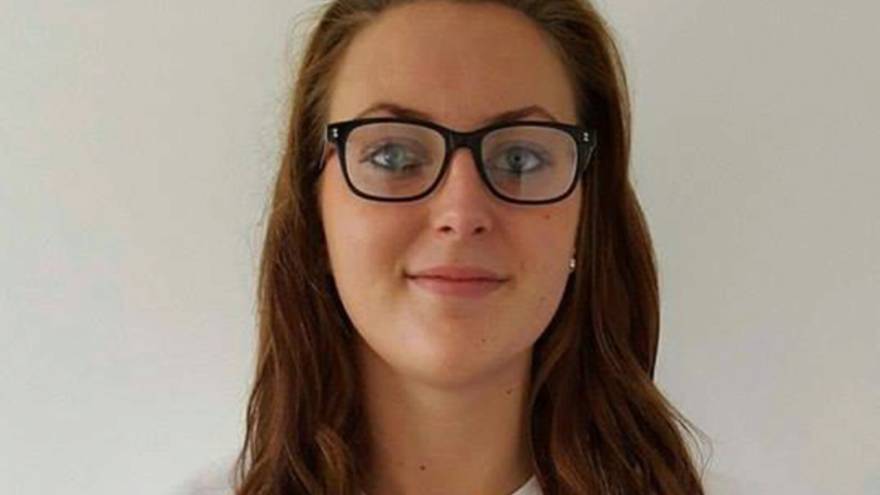 Jessica-Jane Applegate MBE, is a British Paralympic swimmer. She competes in the S14 classification for swimmers with intellectual disabilities.

Jessica has learning difficulties, an autism spectrum disorder and many physical challenges. She qualified for the 2012 summer Paralympics and won gold on 2 September in the S14 200m freestyles, setting a Paralympic record.

Jessica-Jane became a Mencap ambassador in 2013 and had previously competed in Mencap swimming events such as the Mencap Championships. She is a great support of Mencap Sport and regularly attends and participates in competitions and events. She also supports some of our campaigning and media work, regularly sharing updates on her social media channels. 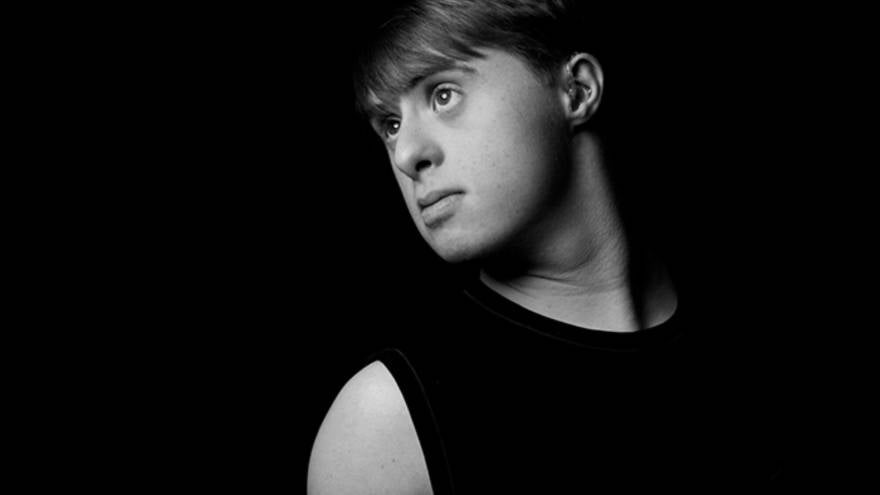 Andrew is a talented dancer and recently hit the headlines with his incredible performance on The Greatest Dancer, which received rave reviews and was widely shared on the internet.

Andrew began dancing at the age of 11 and hasn't stopped, referring to himself as "the captain of dance"! Andrew is also a student at The Orpheus Centre, a specialist college for young disabled people with a passion for the performing arts.

Andrew kindly agreed to become an ambassador for Mencap in 2019. 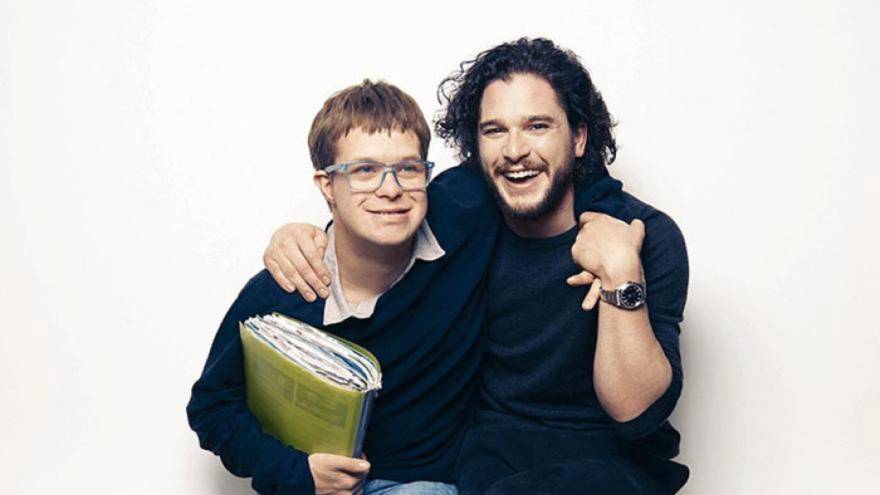 Kit Harington is an English actor, best known for his role as Jon Snow in the HBO series, Game of Thrones.

Kit has been a Mencap ambassador since 2014. He has a personal connection to the charity through his cousin, Laurent (pictured with Kit), who has Down's syndrome.

Laurent attended one of Mencap's former colleges and his mothers (Kit's aunt) has cited Mencap as one of the great areas of support that she and Laurent have received over the years.

Kit has been incredibly generous with his time over the past 5 years by publicly supporting some of our campaign work, featuring in the media, working alongside colleagues with a learning disability on short films, as well as participating in a high value fundraising campaign where he starred in a spoof video making a cup of tea. Jane Raca is a former lawyer who wrote a book called Standing Up for James which was published in 2012.

It is an incredibly honest and powerful description of one family's experience of bringing up a severely disabled child and the state's failure to support her family properly in the years following his birth. The book was features in several national papers.

Jane was awarded an MBE for this work in 2018. She is also a trustee of the Seashell Trust for disabled children.

Ayshah is a reporter for Channel 4 News. She works on their Facebook Watch show Uncovered, having previously presented BBC Newsround, being a familiar face to 6 to 12 year olds.

She is incredibly determined about creating change for people with a learning disability and Autism, and raising awareness of the challenges they and their families face.

Ayshah grew up alongside her brother, Rob, who has Autism, which has led to her using her voice for a number of important issues, in order to raise much needed awareness, including the right to vote.

Ayshah became an ambassador for Mencap in 2019. 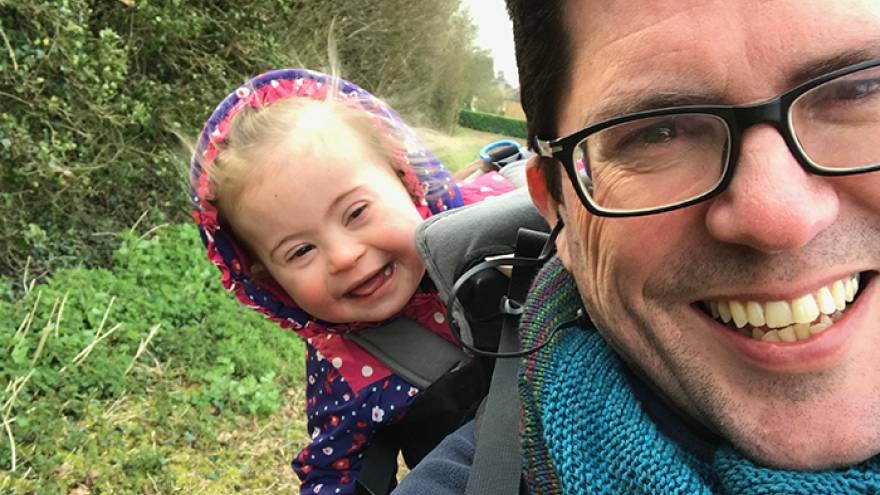 Jason is mobile app developer, consultant, speaker, and author based in Wiltshire.

Married to Hannah, they have five young children including Rosie, who was born in 2014. Rosie has Down's syndrome and became an internet sensation in February 2019 when a photo of her went viral on Twitter, hitting 90,000 likes, reaching people all over the world.

The Twitter thread has since been added to, including Rosie and her family's story, encouraging many others to add their photos and stories of their families. The thread was featured on the BBC, NBC, and international news stations and publications. Rosie even had kind messages from Dwayne “The Rock” Johnson, star of her favourite movie - Moana!

Rosie and Jason became ambassadors for Mencap in 2019. 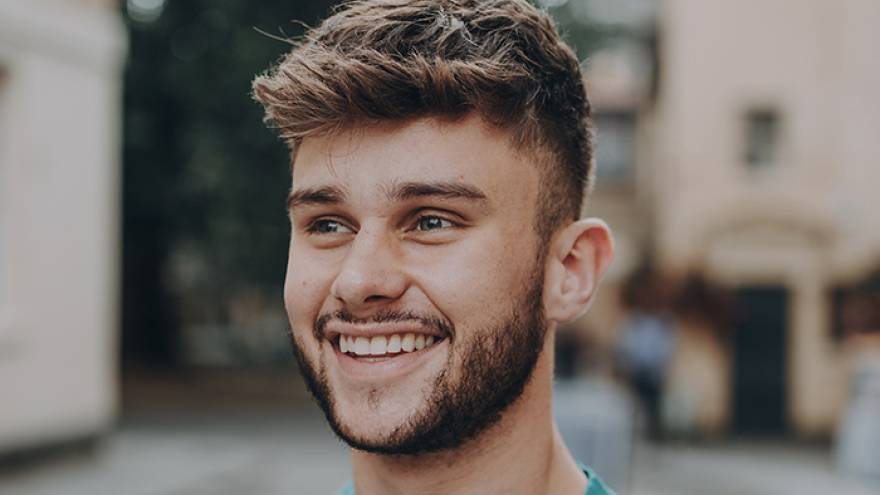 Mikey started working in the entertainment industry in 2015 when he joined a boyband. Since leaving the band in 2019 he has worked in presenting for companies such as Nickelodeon and the BBC.

When he was 17, Mikey started working directly with people with a learning disability in Bristol. During his 3 years working there he had amazing time and learned a lot.

Mikey became our ambassador in September 2019, and in 2020 he will be running the Virgin Money London Marathon for Mencap, when we are the official charity partner.

Deborah has four sons, the youngest of which is Angelo. Angelo is 2 years old and has Down's syndrome.

Deborah has spoken to an audience of trainee midwives at Canterbury Christ Church University about the reality of having a child with Down's syndrome and given advice about how the patient experience can be improved upon.

Angelo is now attending a local mainstream preschool and is signed as a model with Zebedee Management. He has worked with some well known brands, been involved with various awareness campaigns and appeared on the runway at Mini Mode during London Fashion Week.

Deborah and Angelo are thrilled and honoured to be ambassadors for Mencap. 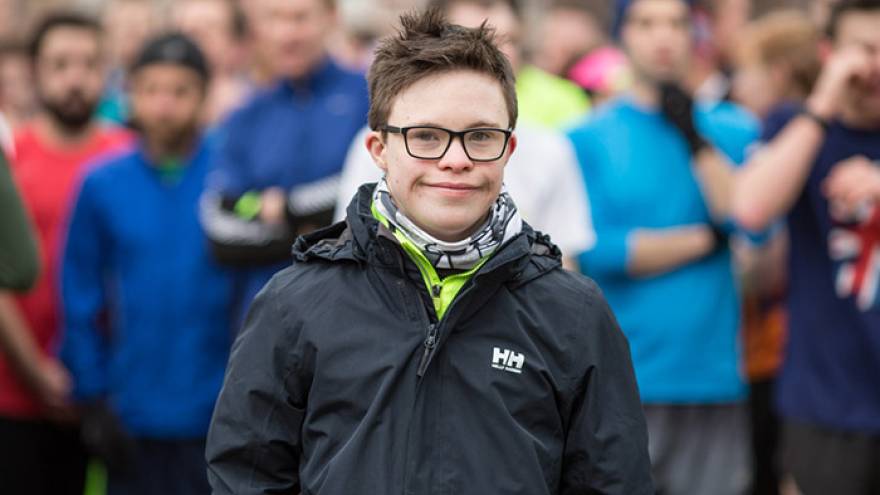 George is well known in the parkrun movement and featured in his own episode of Jessica's parkrun heroes on Sky TV in 2019.

George is currently part of the Talent Hub dance company, due to tour nationally later this year. He dances with Ability company, as well as his long standing group Me2 and has performed many times. He is also a student and enjoys working as a barista, as well as volunteering. George is also an actor and public speaker. He loves films (especially horror) and he is in to musical theatre.

George became an ambassador for Mencap in 2019. 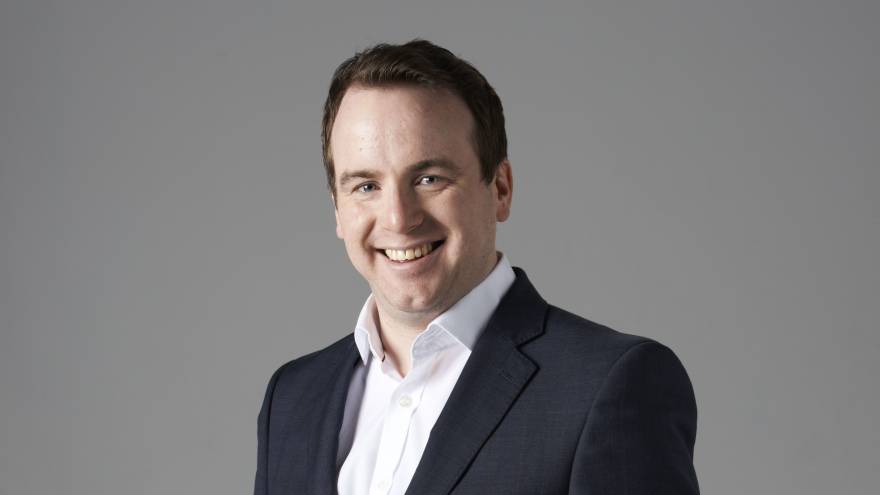 Matt Forde is one of the country’s most in-demand satirists and has been seen on The Royal Variety Performance, Have I Got News For You, Mock the Week, 8 out of 10 Cats and Question Time .

He hosted 4 series of his own ultra-topical political comedy show Unspun with Matt Forde on Dave and currently hosts Rock 'n' Roll Football on Absolute Radio. His podcast The Political Party features interviews with the biggest names in politics and previous guests include Tony Blair, Nicola Sturgeon, Michael Heseltine and Jo Swinson. It's had over 2.7 million downloads.

Matt has been a Mencap Ambassador since 2019 and is passionate about the rights of people with a learning disability.

We have plenty more wonderful ambassadors to share with you, so keep visiting this page for more updates coming very soon!

Take part in an event for Mencap!
Read more about Find an event

By donating to Mencap you can help us to provide personalised support to people with a learning disability and their families.
Read more about Donate to Mencap