All fired up for Mencap!

Matt Williams from The Oxford Charcoal Company tells us about his experience of hiring someone with a learning disability. 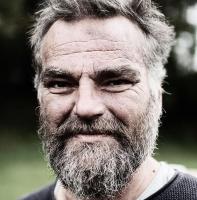 When Antony arrived with us he was given a lot of support by Mencap. He had a support worker with him throughout all his training for the jobs that were to be his responsibility.

This meant that there was no additional time required to get him up and running, as the support worker could continue the training leaving Ant’s manager free to get on with his work.

Really this was more confidence boosting for us because Ant took to his work easily and quickly. We were made aware that at every point more support could be offered. We did take advantage of this at one point to help Ant to organise his time and draw himself up a rota. Again, Ant rather exceeded expectations! Though he benefited from the support, he largely worked his rota out for himself.

We have a great culture of support and inclusiveness in our team here at The Oxford Charcoal Company, and Ant’s role as Welfare Facilitator puts him right in the centre of this. He makes sure all our welfare facilities are stocked, clean and tidy, which pretty much makes him everyone’s favourite guy. The best support he got from our team was being welcomed in to the robust banter of a charcoal makers' yard. It’s been a pleasure to watch him grow in confidence and to get a huge amount of enjoyment from the social interaction of a busy day.

Initially there was a degree of caution in how people treated Ant, but it was very soon apparent that he’d give as good as he’d get, especially in his domain. You need to watch out if you walk charcoaly boots across his freshly mopped floor, or leave a pile of tea bags in the sink.

We were pretty unsure of the limitations of a potential candidate before Ant arrived, and had seen his role as being away from the production and packing processes. However, we’ve been able to extend Ant’s duties to most areas of the business. He has his main responsibilities which need to be taken care of at the start of the shift, but from there on in Ant will now look for jobs that he knows need doing through the yard, and ask for tasks from the team if he’s on top of everything else. He’s always incredibly keen to feel and look like he’s busy and contributing to the company in every way that he can. It seems to me that he’s always wanted the opportunity to show his abilities to anyone that would give him the chance, and we’ve been very lucky to have been on the receiving end of that desire.

I’d advise an employer who is considering taking on a member of staff with a learning disability to use the kind of service that Mencap offers. Be clear about the requirements of the role you have in mind and put some trust in the professionals who run these programmes to find you a suitable candidate. Then all you need to do it include your new employee as fully as you can into the life of your business.

My experience tells me that your reward will be a committed worker who will give back in buckets for every bit of effort and energy that you give them.