As the budding journalists of the future, Mencap is calling on all of you to enter our Journalism Awards 2019.

This is a fantastic opportunity for aspiring journalists to have your work reviewed by some experienced journalists on our judging panel, as well as getting your writing published. We're also offering some fantastic cash prizes to our winners and runners up.

Entries can be a piece of broadcast journalism (suitable for radio, television or online) or a piece of print journalism, which could be news, an investigative piece, an interview or a feature piece that would be appropriate for publication in a tabloid, broadsheet or a consumer outlet.

The following winners and runners up of the 2019 Mencap Journalism Awards were announced on Tuesday 28 May 2019. 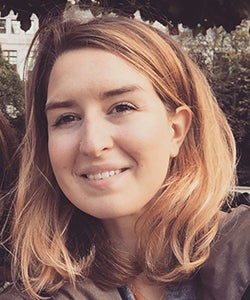 Speaking about her entry, Hannah said:

"This story really taught me the importance of raising the voices of people with a learning disability. Osian is an amazing young guy and gives so much of his time to look after the Peak District, which in turn, has become a way of coping with the challenges his Autism brings.

"This will hopefully raise awareness around the daily obstacles facing young people with Autism, like Osian.

"As a trainee journalist about to leave university, trying to find my way in the working world, it really means so much to have this level of recognition. It's a way of giving me confidence that I'm on the right track and that is so important to me. " 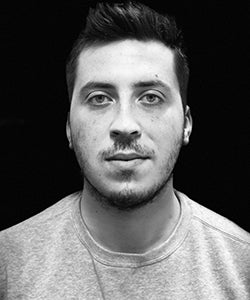 Speaking about his entry, Peter said:

"It's so vitally important that journalists write about people with a learning disability, who are some of the must vulnerable people in our society. We, as journalists, have a responsibility to ensure that we do everything we can to uphold the rights of people with a learning disability, not only through writing, but through broadcasting, investigating and seeking out the truth.

"My brother has severe Autism and I promised to fight for him after he experienced mild abuse in care. I am currently pursuing a career in journalism and intend to represent disabilities in the media. I have worked really hard to get the real person at the heart of this story and to tell their tale. I would like to thank the amazing teaching at the Cardiff School of Journalism, Media and Culture, as well as my tutors Tony O'Shaugnessy and Sali Collins for their guidance. I'm also looking forward to April 2020 when I will be running the Virgin Money London Marathon for Mencap." 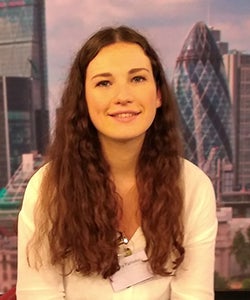 Speaking about her entry, Laura said:

"I'm honoured to have been placed in the top 3 of the Mencap Student Journalism Awards. It's fantastic that people will read William's story. "

The following prizes will be awarded to the winner and runners up of the Mencap Journalism Awards:

Mencap will also use the winning submissions on their website, and in other PR activities. Mencap will retain publishing rights to all entries made.

All winners will be invited to a prize giving ceremony at Mencap's head office in London, attended by all the judges in our prestigious panel.

Our judging panel combines experts from the fields of journalism and learning disability.

To receive expertise and insight from these individuals is a fantastic, money-can't-buy opportunity.

Jan began working for Mencap in 1996, and is now our CEO. She believes families should be placed at the centre of our work.

Jan is an authentic, warm and approachable voice who is extremely knowledgeable of her subject.

Dean works as a Communications Assistant and Spokesperson at Mencap. He has a passion for learning disability representation in the media.

Eve Pollard is a journalist and broadcaster who starter her career as Fashion Editor of Honey. In 1985 she was the launch editor-in-chief of Elle magazine USA, and in 1986 she edited the Sunday magazine for the News of the World, followed by You magazine for the Mail on Sunday.

Eve edited the Sunday Mirror from 1987 to 1991 and the Sunday Express from 1991 to 1994. She has also worked in television series, creating the series Frocks on the Box and was appointed a member of the Competition Commission's Newspaper Takeover Panel in 1999.

Her publications include Jackie, a biography of Jacqueline Kennedy Onassis (1971), and she has jointly written a further four novels. Eve has covered all Royal Weddings since Princess Anne's in 1973 and frequently appears on the radio.

She launched Women in Journalism in 1990 and remains Honorary President. Since 2003 Eve has been Vice Chair of Wellbeing of Women and first London Chair of Reporters Sans Frontieres (RSF). Eve was made OBE in 2008.

A financial and political journalist, Hugh Pym has been one of the leading commentators on the banking crisis and the British economic recession. He now works for the BBC.

He was a BBC special correspondence covering Economics until 2008 when he took on the role of acting Economics Editor. In March 2014 he was appointed as Health Editor.

In the 2001 General Election he stood as a parliamentary candidate for the Liberal Democrat Party in the North Wiltshire constituency. He has also written four books, the latest of which is called Inside the Banking Crisis (published by Bloomsbury 2014).

Ted was appointed editor of Metro in April 2014, replacing Kenny Campbell. A month before he joined the newspaper, parent company DMGT separated production of Metro newspaper and www.metro.co.uk, moving management of the website to MailOnline. This meant Young's editorship would be focused entirely on the print and tablet editions. A different editorial team was established to run the website.

Following a series of change under Ted, including a redesign and expansion of its publication regions, Metro became the highest circulation newspaper in the UK in March 2018.

Are you journalist? Contact our press team
Read more about Media Centre