Anne was admitted to hospital with breathing difficulties. Following serious failings in her care, which included not making reasonable adjustments to enable Anne to be fed, she sadly died. Here, Anne’s sister, Monica, tells her story. 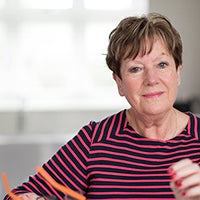 I will never forget the phone call I received from the doctor when she had been taken into hospital. 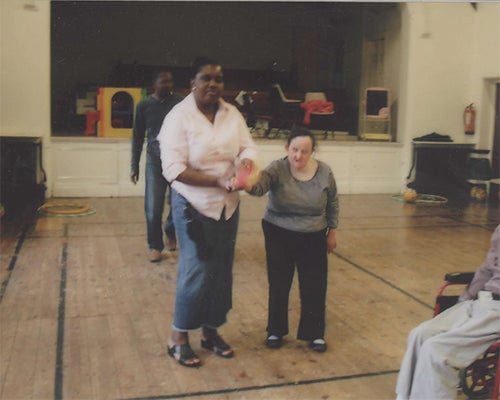 ‘What would you like me to do for her?’ they asked. I told him to do for her exactly what they would do for me: whatever was needed. I couldn’t believe they would ask such a question.

That was only the beginning. A DNACPR (Do Not Attempt CPR) notice was put on her file – without even discussing it with me first. They claimed she was brain damaged, but everything they described were things she did all the time. They made no attempts to understand Anne as an individual or to make reasonable adjustments to her care.

The staff found it very difficult to feed Anne and she lost a lot of weight.

This is because they didn’t adjust how they tried to feed her and she wouldn’t allow a tube up her nose – something I could have told them if the hospital involved me more. She spent days and days without nutrition. Despite my concerns they waited a whole week to try another way. The next morning she became seriously ill. And then she died.

The Parliamentary and Health Service Ombudsman found serious failings in many areas of Anne’s care. A statement from one of the hospital staff read: “She was treated no differently”. That says a great deal. They did not see her as a patient that was in any way different to anybody else, and they didn’t allow for different ways of treating her. I can’t stand injustice, and that’s what I feel has happened. That is why I keep on campaigning – for Anne, and for everybody else in this position.