Why I'm running the 2016 London Marathon for Mencap 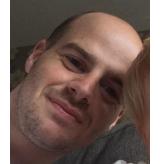 My name is Chris Hamon and I am running the 2016 Virgin Money London Marathon for Mencap. My inspiration, and the reason why the charity is so close to my heart, is because of my brother, Matthew. Matthew is 26 and has a learning disability.

It is hard to put into words why Mencap is such a big part of my life, but I will try.

Simply put, Mencap has made Matthew the person he is today. They support him with a variety of different activities every week, including art, singing, and book clubs, and other social events. He has always been involved with Mencap in one way or another, and most of his volunteering work, work placements, support groups have been through Mencap.

Matthew has been given the opportunity to express himself. He has been able to become the person he wants to be and not what society says he should be. Mencap offered him guidance without treating him like he wasn’t capable and without trying to mould him. They allowed him to socialise at events he felt comfortable going to and provided the support when he needed it.

By allowing Matthew to develop at his own speed and allowing him to have his own freedom Mencap gave him the space and support he needed to become the person he is today.

They say a picture paints a thousand words and this photo of Matthew paints him as a person perfectly; it shows his personality, his heart, his soul and his nature. If you walked into a room with him and he knew nobody there you could almost guarantee that within 5 minutes he would be chatting up staff or somebody that he liked the look of. His confidence is second to none, he lights up a room when he walks in, his aura beams from his smile and you can always guarantee he’ll ask, ‘do you like wrestling?’. That’s his best chat up line!

At the beginning when I didn’t really understand what a learning disability was, it was hard. I just thought Matthew was an annoying younger brother, like you do. But as time went on and as I began to understand, I would feel guilty for all the times that I wasn't there, all the times that maybe he just wanted a gentle nudge in the right direction.

This is why from the moment that I started to understand what was happening I had made it my duty to learn from him and not try to learn for him. I’d let him teach me, and not the other way around.

I am running the London Marathon for Mencap next spring so that I can raise awareness that everybody deserves the same opportunities in life and nobody should be judged by a disability tag. I hope that the money I raise will help Mencap continue to support people like my brother, and continue to change lives.

Chris is running the London Marathon in 2016 for Mencap and will be posting a regular blog in the run up to the event in April. Check back in the coming months for updates on his training and fundraising as he prepares for the big day.

Reflecting on my marathon journey

We are stepping up for Mencap

As a group of Mencap support workers prepare for our Step Up challenge, they speak about why they are taking part
Read more about We are stepping up for Mencap

Our Step Up story