The people at The Old Rectory like to play an active part in village life. Last summer they held a summer party for the village.

Kevin: I invited lots of people. Over 100 came. My girl friend Natasha came with her mum. The Lord Mayor came as well.

Paul: My girlfriend Alison came and also my Dad and Step Mum.

Kevin: We also had a magician, a choir, and karaoke machine.

Paul: I was singing Elvis everyone was clapping and dancing

Paul: I loved it we had lots of food and drinks. Everyone said it was the best.

Kevin: It was great. We have never had so many people at the house. I want to do it again next year.

It was at the party that a member of the WLRG spotted an opportunity to collaborate with Mencap. The Edward Birbeck was the village lifeboat in Winterton-on-Sea from 1896-1925. During that time it was used in 94 rescues and saved many lives. After 1925 it had various owners but, sadly, was eventually abandoned in Conwy Bay where it was in danger of being destroyed. It was rescued by the Winterton Lifeboat Restoration Group (WLRG) who plan to restore it for permanent display.

In the grounds of The Old Rectory is a patch of walled garden that was completely overgrown. The WLRG suggested getting a group of volunteers together to clear the area for use as a temporary home for the Edward Birbeck while it is being restored.

Paul: They asked Andy first. He asked if we would like to be involved and I said ‘yes’.

Kevin: They want us to help and look after it as they were looking for a safe place to keep it and we have a big garden.

Paul: I think it is great and can’t wait to see it finished.

Kevin: I’m exited as I love painting and I am going to help paint the boat. I am going to get my own workshop in the garden to paint things.

The WLRG also wanted to work in partnership with Mencap to support each other with any fundraising work. When ‘Edward Birkbeck’ first arrived back in Winterton it was displayed in the village in its un-restored condition to get everybody excited about the project. Kevin and Paul volunteered to support with fundraising for the restoration work as part of the day. 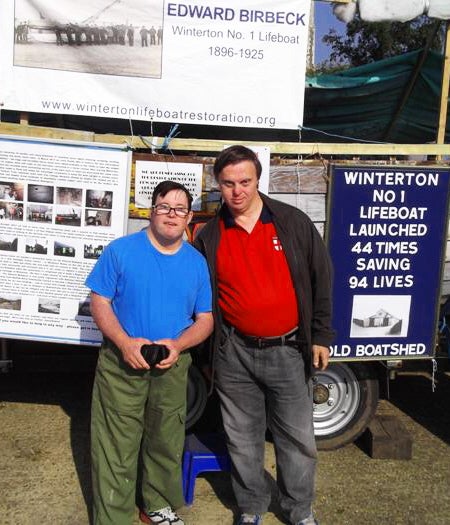 Kevin: It was a sunny day. It was in the village and we helped to show it to people and try and raise money to make it look good.

Paul: I like helping raise money and being involved with the lifeboat.

Kevin: I liked the lifeboat people. They are friendly.

Paul: We helped tell people about the boat and we are helping look after it.

I can’t remember all the names but the lady called Bev is very nice.

A team of volunteers, including Kevin and Paul, got together one Saturday in November to clear the patch of garden and the Edward Birbeck is now in place.

Kevin: It was great. We helped clear the weeds.

Paul: We helped clear the rubbish, the tall grass and the trees for it's coming.

Kevin: The volunteers were all nice.

Paul: We had coffee with them.

Kevin: We chatted about the boat.

People at The Old Rectory will be involved in the restoration in whatever way they wish - from hands-on repairs and painting to making drinks for other volunteers. And once the work is finished the patch of garden will become usable again.

Kevin: We don’t know how long it will take. We will have to see how many people that we can get to help. It might be a year.

Paul: I think it will be a long time as it’s in a bad way. It needs lots done. It has a big hole in it and needs to be painted.

Kevin: I think it is staying in Winterton on the beach so people can see it.

Paul: It is going on the Dunes

The WLRG have thanked Mencap for their support.

Kevin: I told my Mum. She lives in Australia and I sent her photos. She said it’s great that I am helping. I am going to send some more photos when it is finished.

Paul: Alison said that I am lucky to be able to help with it.

Kevin: It will be good to see it finished, and I can tell people that I helped make it look good. 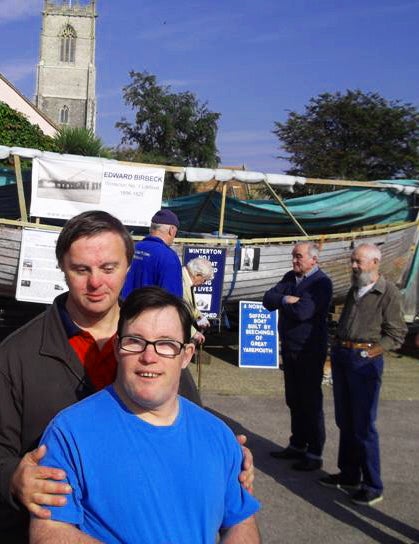 Growing up and having fun

Read more about Growing up and having fun