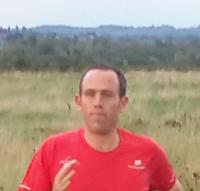 On Tuesday night my friend and travelling companion Martin slept at my house because of our early start. We were both excited and double checked our bags before trying to catch some zzz’s. Bright and early we set off for Heathrow airport, where we met the Vanquis Bank teams.

Following a good flight, we made our way to the hotel where we were to spend the first night. The weather was beautiful, so good that Martin and I put on shorts and t shirts and made our way to the cable cars. We brought our tickets, entered the cable car and then saw a sign saying that the temperature was -2 up the mountain. At this point we were committed, no chance of nipping back to the hotel and getting changed. Two blokes from England in shorts and t-shirts traveling up to the peak of a freezing mountain. We travelled in two cars to the viewing platform, where we took the opportunity to take some photographs. We stayed for about 20 mins but had to return as we were so cold, we learnt our first lesson that day!

After breakfast the next day we travelled by coach through the Mont Blanc tunnel into Italy. We walked to Col Ferret some 2537m up. About half way we stopped for a delicious hot chocolate, it was very windy and almost blew my hat off, so we didn’t stay there for too long. We walked alongside a stream on our way down and Stephanie showed me how to take my first ever selfie.

That night we slept in a youth hostel at La Fouly 1600m. This was the first time I have ever stayed in youth hostel where I had other people sleeping in the same room as me.

On Friday morning soon after breakfast we set off walking in hot sunshine. Mandy organised group photographs. The weather was so good and scenery beautiful I decided to take my time and walk slowly towards the back of the group. We arrived at the hostel in Champex and strolled down to the lake where some of the group swam. It was too cold for me!

The weather the next day became worse, as the day progressed it even became hard to see in front of you with the pouring rain. We stopped near the top but sadly the views were not good because of the low cloud. It was a long descent, which was made tricky by the rain creating mud and slippy pathways.

We had a nice meal that evening with a celebratory beer, some of us went out and had Mont Blanc ice cream. It was lovely.

Our flight back to Heathrow was uneventful and, on arrival, I made my way to Euston where I caught a train to the Lake District. My family were on holiday there so I joined them for a few days easy walking!  The trek was something I had only ever dreamed of and was only made possible by a group of lovely people.

I absolutely loved the experience and would love to do something similar again really soon.

Mont Blanc Challenge: All the gear and no idea!

Jody talks about her life-changing challenge for Mencap.
Read more about Mont Blanc Challenge: All the gear and no idea!

Experienced runner Tony talks about his latest challenge and how running has changed his life.
Read more about Mont Blanc Challenge: Tony's journey

Mont Blanc Challenge: Where have the last 3 months gone?

Emma talks about her experiences training for the Mont Blanc Trek and her fundraising journey.
Read more about Mont Blanc Challenge: Where have the last 3 months gone?