It’s been a heck of a year for the Mencap Parliamentary team, with the Brexit vote, a new Prime Minister and lots of campaigning work 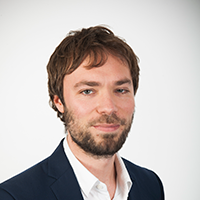 A round up below! 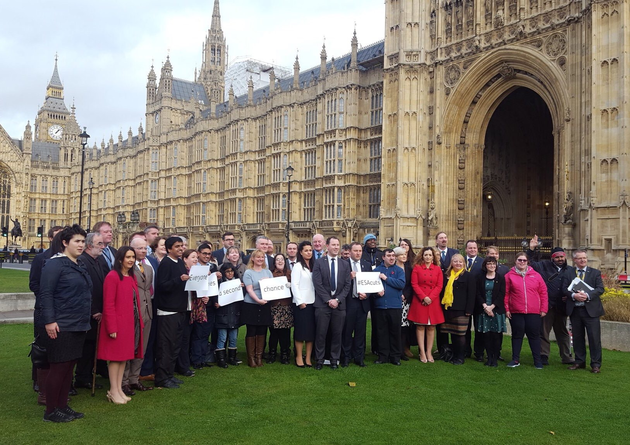 We’ve spent a lot of the year lobbying against the £30 a week cut to Employment and Support Allowance for those people in the Work Related Activity Group.

Hundreds of people with a learning disability have joined us in Parliament to meet with their local MPs to express their concerns and our champions in the House of Commons and House of Lords have been fighting hard and beaten the Government in a number of votes.

Despite this the Government, is still insisting on pushing the cut through which will affect new claimants from April 2017. We won’t give up though and will keep going as more and more MPs from across the parties join the fight!

The Government tried to cut a whopping £4.4 Billion from PIP by 2020 which would have meant some disabled people losing over £3000 a year!

We worked with friendly MPs to stop the plans. Phew!

However we are getting a lot of calls into our helpline about people with a learning disability getting less money under PIP than they did under Disability Living Allowance. If you have any worries or want advice remember to call Mencap Direct!

We held a Q&A for people with a learning disability in the lead up to the EU Referendum vote with representatives from the Leave and Remain campaign and supported thousands of people to engage with the debate through our easy read guides!

The Government published a ‘Green paper’ on work and disabled people. The Green Paper is asking what things need to happen to get more disabled people into work. We obviously have lots of ideas so will tell them what we think!

We are also lobbying the Government to make Apprenticeships more accessible. At the moment the English and maths tests in Apprenticeships are too difficult for many people with a learning disability. The Government has agreed to change this so hopefully more people can do them! 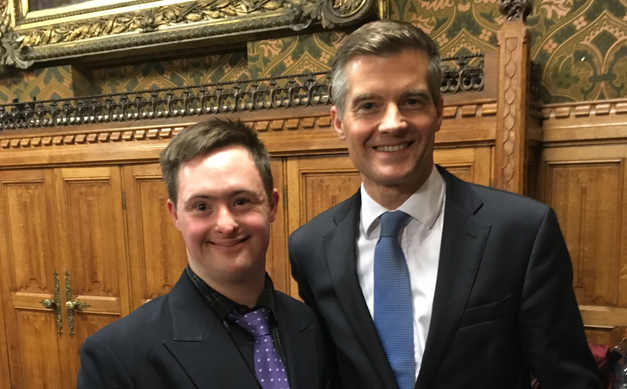 We also have a new Chair for the APPG, Mark Harper MP! Mark used to be the Disability Minister and comes with great connections and a real passion to improve things for people with a learning disability.

He chaired his first meeting in December which was about Supported Housing. Alex came up to Westminster to speak at the meeting about how important it is to live independently in his own place.

Supported housing is another area we will be working on in the new year as we are worried that changes to the funding may mean there are less suitable homes for people.

You can find out more about the APPG here. 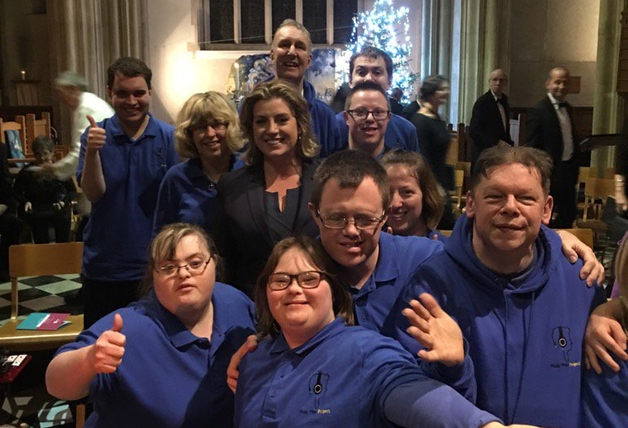 We were delighted to welcome the Disability Minister Penny Mordaunt MP to our Christmas Carols concert. She met people from the Music Man Project from Southend Mencap who put on an amazing performance!

10 years of Changing Places - one toilet at a time!

This year is a very special year for the Changing Places toilet campaign because today is our 10th Anniversary!
Read more about 10 years of Changing Places - one toilet at a time!

Celebrating International Day of People With a Disability

My thoughts on the Autumn Statement